This section of the website contains the older archival and heritage material housed in the ECMC Library, which has been scanned, digitised and post-processed to enable easy access for research and resource purposes. Items are listed by chronological topic with the eldest first and leading towards the present day, by title in alphabetical order.  The information being provided is for public access and consumption/use and in PDF format.  An index is provided covering the range of material available.

Rather than duplicate the heritage and history records and material from other national engineer organisations, such as the RAE, RCE, RE, USACE, etc, go to our LINKS page, access these organisations and scan/see what they have to offer. We only want to make digital copies of our ECMC library and museum holdings, materials and resources, on our website.

We’re regularly adding to this collection. Come back soon and see what’s new.

NB: This site works best in Chrome or Firefox web browsers. Oversized pages (eg plates) for each book will be scanned at a later date. If you wish to see the plates, please email ecmc@inspire.net.nz

Many relevant works are also available via the New Zealand Electronic Text Collection (NZETC), from Victoria, University of Wellington, particularly the New Zealand History section which includes digitised histories of the New Zealand Wars, World War One and World War Two. For convenience some works have been listed below and link back the NZETC. Please note: hard copies of the linked books are held in the ECMC Library.

A page of audio-visual heritage material.

Germany and France: a Popular History of the Franco-German War Vol 1 (1870) Link to Google Books

Germany and France: a Popular History of the Franco-German War Vol 2 (1870) Link to Internet Archive

The Life of Arthur, Duke of Wellington (1873) Link to Google Books

The Great Tab Dope (1915) Link via the Internet Archive

King of the Khyber Rifles (1916) Link to Gutenberg Books

The New Zealand Wars: A History of the Maori Campaigns and the Pioneering Period: Volume I (1845–64) (Link to VUW Digital Collections)

The New Zealand Wars: A History of the Maori Campaigns and the Pioneering Period: Volume II: The Hauhau Wars, (1864–72) (Link to VUW Digital Collections)

Small Wars: Their principles and practice (1906) [Link to html fulltext]

The Tale of the Great Mutiny (1901) Link to Internet Archive

Such Things Were: the story of Cambridge (1939)

History of the Corps of Royal Engineers

Etiquette and Customs of the Service  (1910)

General Regulations of the Defence Forces of New Zealand  (1906)

Railway Works in connection with an Army in the Field  (1872)

One of the Fighting Scouts (n.d.)

ANZAC: A Retrospective (1956) [Link to free site upon subscription]

The Mounted Riflemen in Sinai and Palestine (1920?) (Link to VUW Digital Collections)

New Zealand Artillery in the Field (1922) [Link to VUW Collections]

Recollections of an Amateur Soldier (1936)

The Tale of a Trooper (Link to Project Gutenberg]

With Lawrence in Arabia [n.d]

With Morse and Horse in Mesopotamia (1927)

The Work of the Royal Engineers in the European War, 1914-1919: Supply of Engineer Stores and Equipment (n.d.)

Kiwi Trooper: The story of Queen Alexandra’s Own (1967)

Kiwis on Tour in Egypt and Italy (n.d.]

Centenary of the Institution of Royal Engineers 1975

Linton (1989) Reproduced here with kind permission from the Lauridsen Family 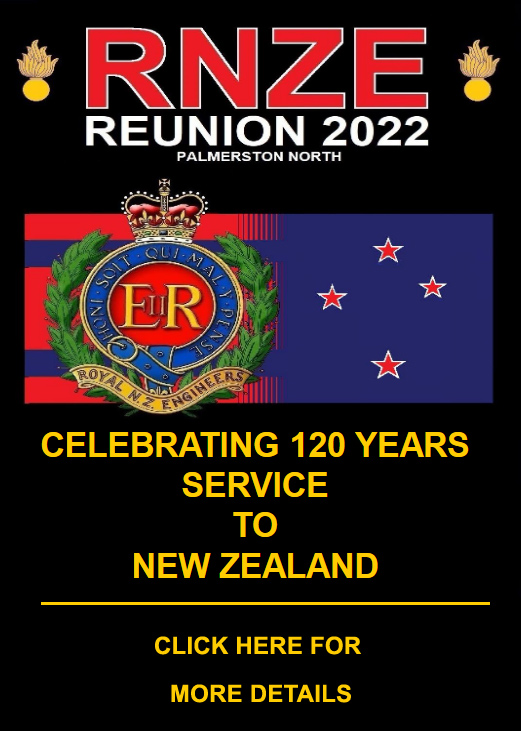