The RNZE Corps History Project (CHP) has been progressing on and off since 1980 and is finally reaching a conclusion.  Since the formation of the RNZE CT in 2011, the project has been worked on almost full-time, through the oral history interview phase, the research and writing phase and now the pre-publication phase.

The final manuscript/proof went to print in October 2018 for a pre-release in March 2019. A PNCC Mayoral launch was held at the Globe Theatre on 11 April 2019, followed by a launch in the Grand Hall, Parliament Buildings in Wellington, on 6 May 2019. The latter event was hosted by the Minister of Defence and Veteran Affairs, Hon Ron Mark and co-hosted by the Minister for Building and Construction, Hon Jenny Salesa. Also present were senior NZDF reps and other historians, MPs and Ministers. 1,000 copies of the book were printed and have now sold out. A few copies are retained at the ECMC for archival and presentation purposes, but there is no intention at this stage for a reprint or second edition. 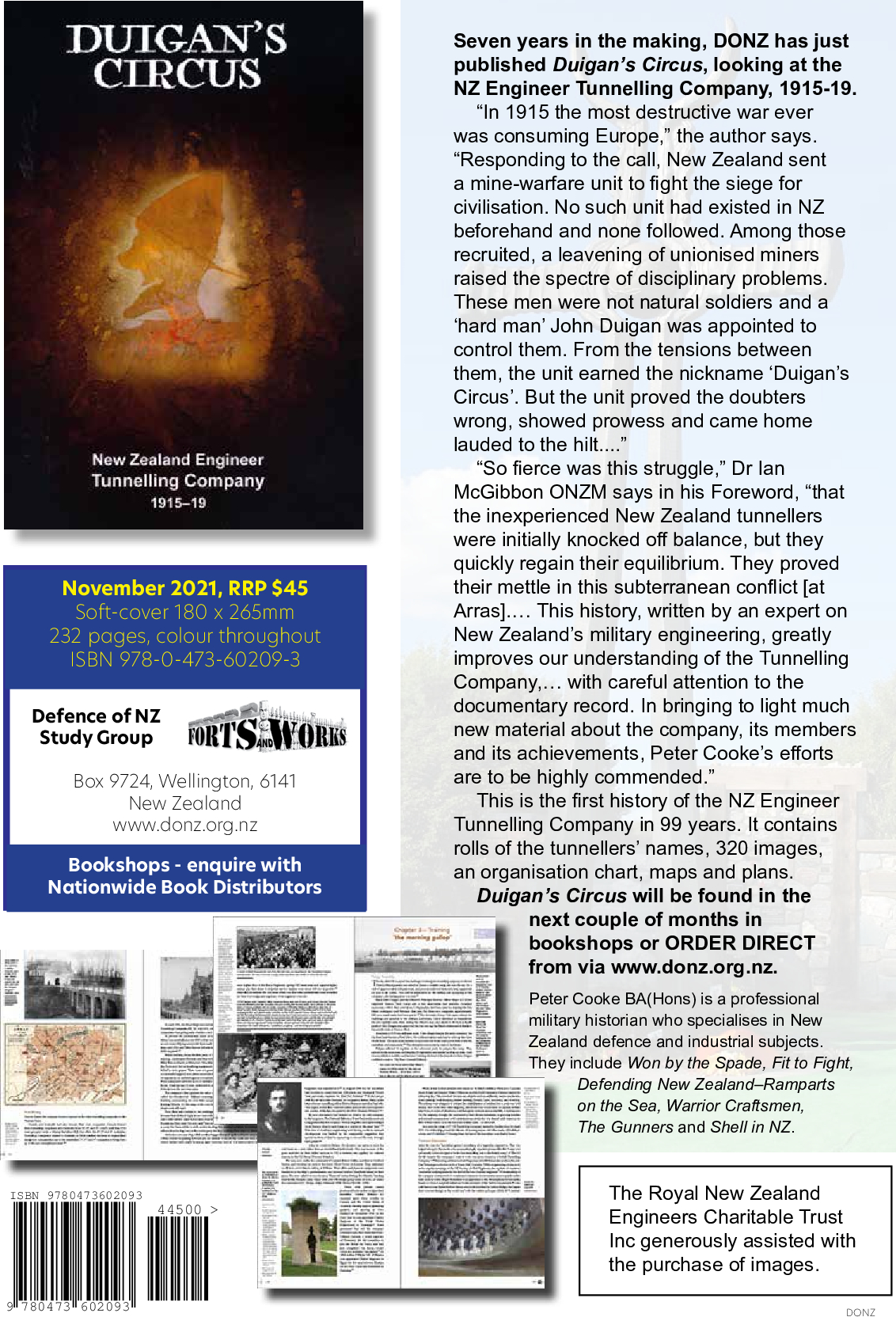 Book Release – Won By The Spade 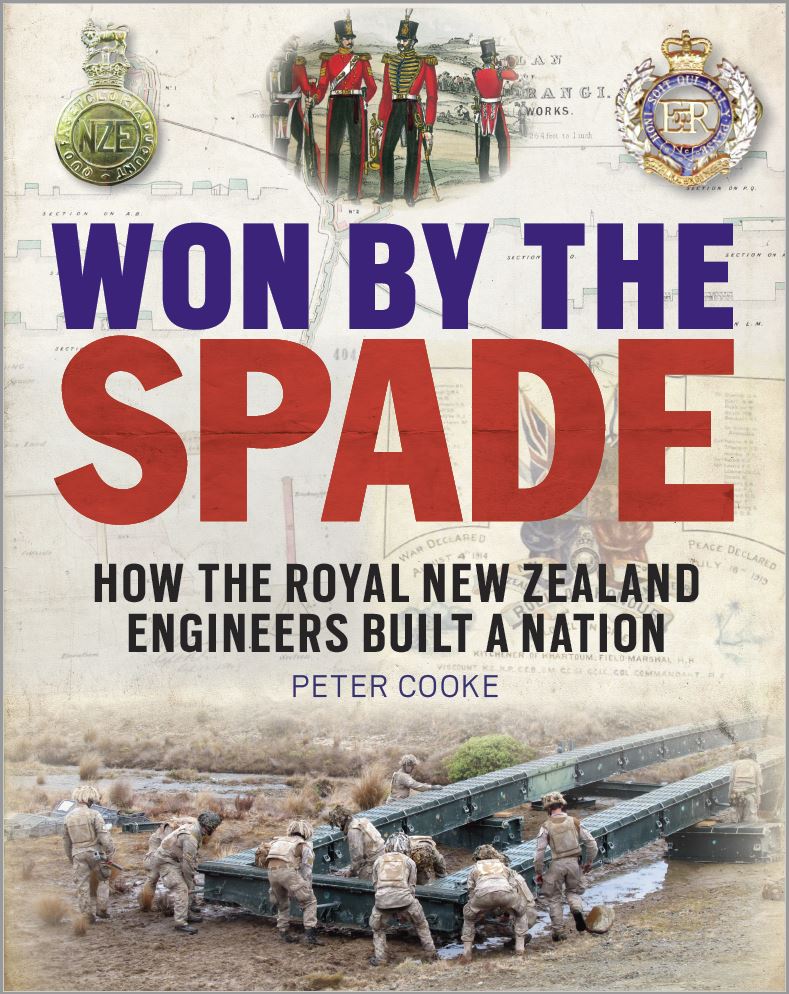 The book “Won By The Spade – How the Royal New Zealand Engineers Built A Nation”, written by Peter Cooke (Wellington) and published by Exisle Publishing (Dunedin/Sydney), is a significant historical publication covering the development of New Zealand since the 1500’s and more recently from the 1840’s up until the present day.  Information about the book, project and those involved with the project are contained in the “Chronology”, “Summary” and brochure documents linked below.

The RNZE Corps History Project (CHP) has now been closed off with the acceptance of the accountability and final report to DIA/Lottery Grants Board (LGB) in June 2019. The new book, “Won By The Spade – How the RNZE Built a Nation”, by Peter Cooke of Wellington, was officially launched in Palmerston North by Mayor Grant Smith on 11 April 2019. There was also a formal Parliamentary Launch in the Grand Hall (Parliament Buildings., Wellington) on 6 May 2019, co-hosted by the Minister of Defence and Veteran’s Affairs, Hon Ron Mark and Minister of Building & Construction, Hon Jenny Salesa. Both occasions were attended by a range of serving and retired members of the Corps of Royal NZ Engineers, those associated with the project and other invited guests.

The book is a near-700 page record of the 500 years of history of military engineering in New Zealand, with a range of graphics and photos, as well as an appendix section (72 pages) which covers the Corps’ historical data from the 1860’s to the present day. The project has been 39 years in the making and is now concluded with the release of the book and final project report. A small quantity of books remain available through the RNZE Charitable Trust ($60 + PP&H – see Order Form elsewhere on this page), as the Exisle Publishing stock has almost been depleted as at July 2019. This is from the initial print run of 1,000 books released in March 2019. The RNZE Charitable Trust Board wishes to sincerely thank all the contributors and sponsors who supported the funding of this book and project and also all those involved with the task. The latter included the initial oral history interview phase, research and writing and then final publishing and launch phases. Ubique – I Nga Wahi Katoa – Honi Soit Qui Mal Y Pense – Follow The Engineer Everywhere ! 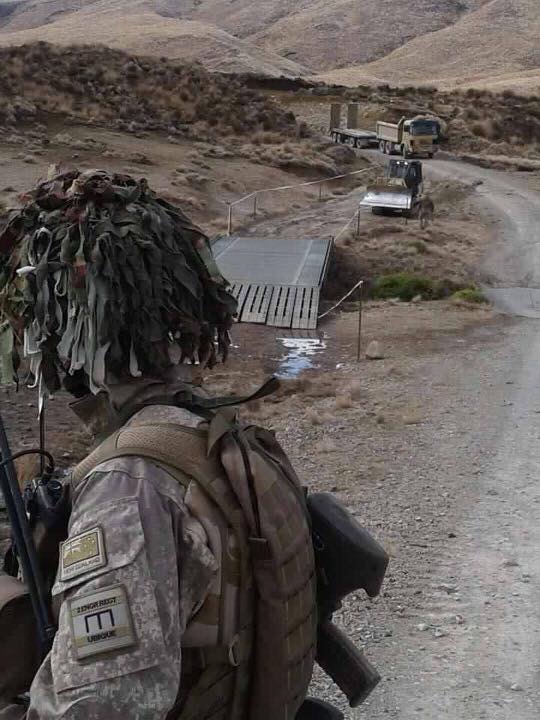 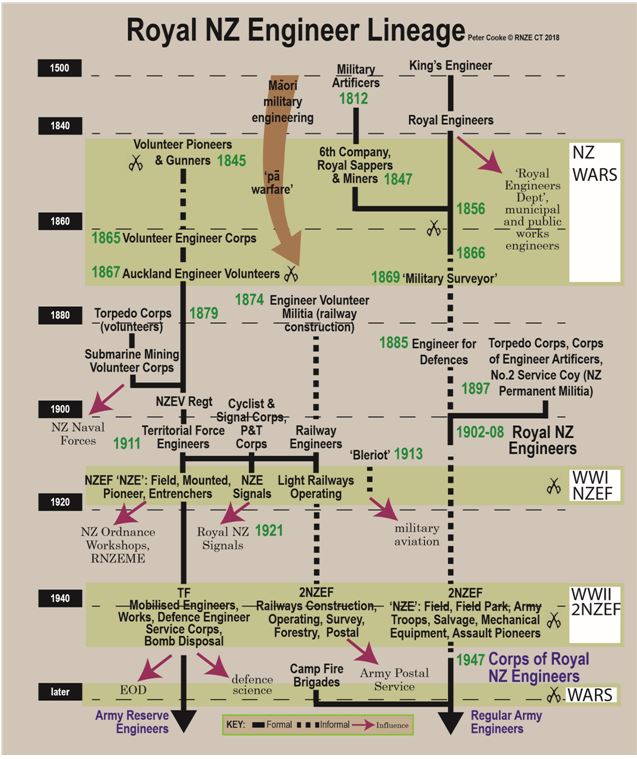 To celebrate the RNZE Corps Centenary in 2002-03, Dr Ian G. McGibbon (Senior Historian at the Ministry of Culture and Heritage) was commissioned by the RNZE Corps Committee and Sappers Association (NZ) Inc, to produce a “coffee table top” pictorial book to celebrate 100 years of service. It was always intended to follow this up with a more authoritative and detailed history of the Corps, which will now appear in the “Won By The Spade” publication in 2019. 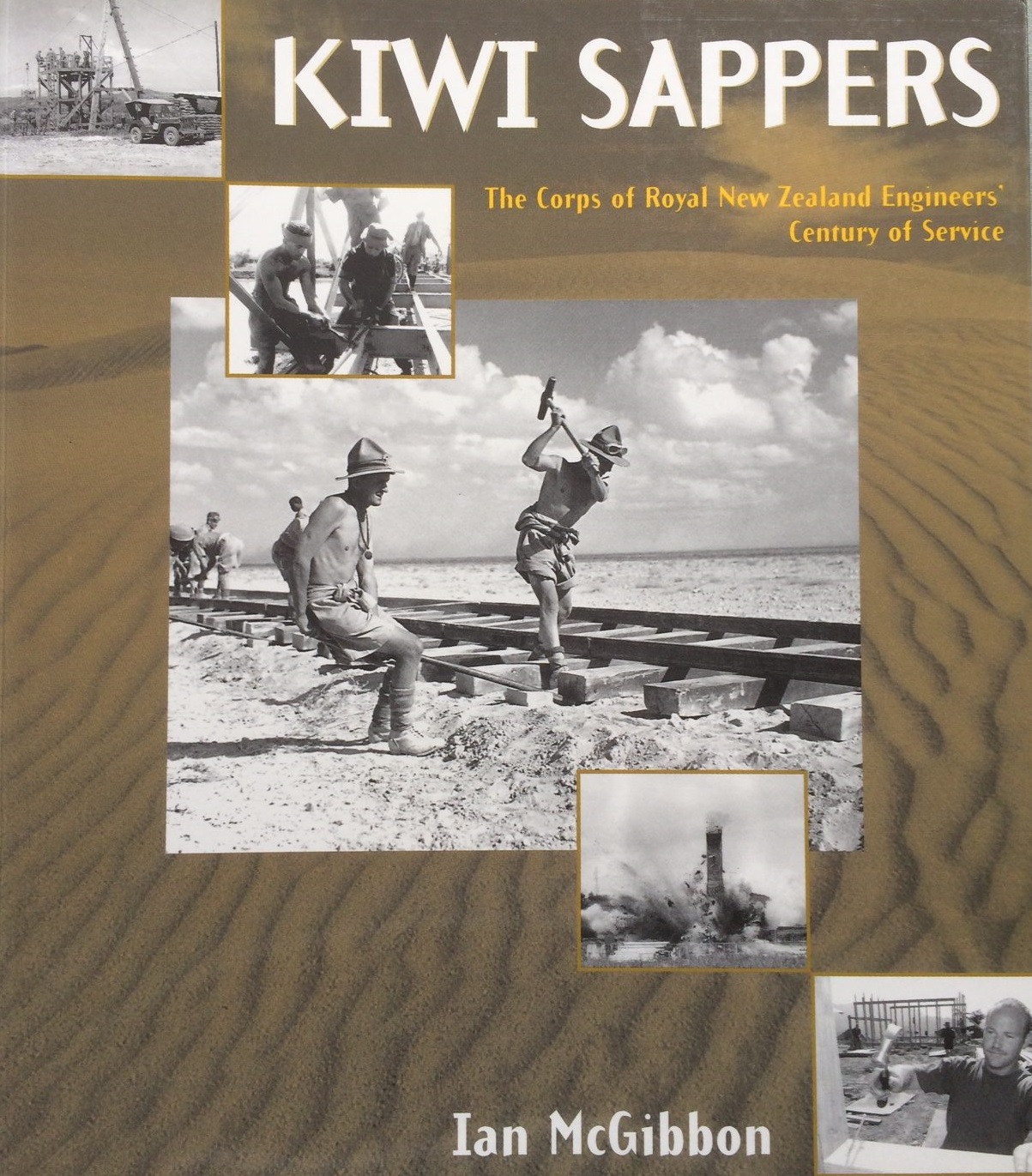 The RNZE Corps History Project: In consultation with the Ministry of Culture and Heritage (MCH), this project resumed in late 2011, after the formation of the RNZE Charitable Trust (RNZE CT). The project became one of the key objects and deliverables for the newly formed RNZE CT. During the RNZE Reunion in March 2012, a number of attendees at the reunion were interviewed and these retired Sappers formed the basis of the oral history interview (OHI) phase of the project.

What follows is a brief outline of the project plan and staging, as well as a listing of those selected RNZE individuals, both retired and serving, who have been interviewed to date. Also, those who are planned to be interviewed through to completion of this phase in late 2014. All OHIs are held on professionally and digitally engineered DVD recordings, along with some video recordings and respective abstracts and transcripts, which are all stored at the ECMC in Linton Camp. There are also a number of backed-up files stored off site. They are available for use in the research and writing phase for the completion of the written Corps History and any other related research projects.

Stage 1B/1 – June to September 2013 – Recruitment, engagement and hand over from MCH to external OH contractor, David Young of Wellington.

Stage 2 – “long form” (3-5 hour) interviews – this stage has been cancelled upon MCH advice, as the length of Stages 1 and 3 OHIs are considered more than acceptable.

This will close off the oral history interview phase with 54 completed OHIs, inside the target of 55 x OHIs. The latter target was approved by the RNZE CT Trust Board in 2012.

Stage 4 – November 2014 – end 2017 – detailed research and writing phase of the project, with a view to complete a ready to publish manuscript in early 2018, with publication and release about mid 2018.

The oral history interview phase (Stages 1-3) of the project has been funded by the RNZE CT, based on donations and grants provided by external sponsors, other charitable trusts and regular contributors to the RNZE CT. The latter includes contributions from the George Bunce Memorial Bequest, Eastern and Central Community Trust (ECCT), the Infinity Foundation Ltd and Pub Charity. The total cost of this phase will be in the order of $90,000, based on the average cost of each OHI being some $1,700. This covers the actual interview time, interview preparations and completion of biographic, questionnaire and consent documentation, recording, abstract/transcript, sound engineering, digital recording and copying, as well as some disbursements for contractor travel and accommodation

It is anticipated that Stage 4 research and writing phase will cost some $130,000, prior to completion of a manuscript-ready for publication. An application and business case is currently being prepared for Stage 4, seeking funding from a number of sources, including NZDF, Lottery Grants and other external sponsors who are prepared to support the project.

The project is being managed by Lt Col (Rtd) J S Hollander, RNZE on behalf of the RNZE CT, who first initiated the project in 1980 and has been trying to bring it to a satisfactory conclusion ever since.

The following is an outline chronology of events related to the subject project since 1980, based on documentation and records held by the writer:

publication. This also recommended an oral history phase to precede the research and writing phase. The paper was circulated by Regt Col RNZE (Phil Morrison).

had been raised towards completion of the project.

prepared and compiled by Peter Cooke.

There is also a selection of brief abstracts from further WW2 NZE/RNZE OHIs/abstracts lodged with MCH). Of the 60+ x OHIs completed as part of Stages 1-3, 34 cover retired Sappers and the remaining

26 of currently serving members of the RNZE.

The first draft chapter will become available later this year for review, by the RNZE Corps Project Advisory Group. We require further funding ($40,000) supplementation to cover project disbursements and to meet the current overall project cost/budget of $220,000.